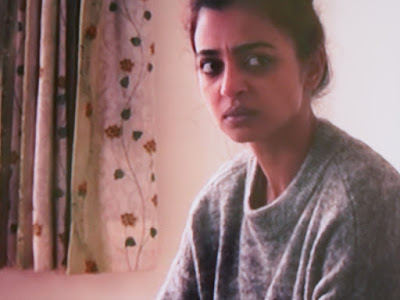 Radhika Apte in The Wedding Guest

The British-American thriller The Wedding Guest (2018, directed by Michael Winterbottom) became available on Sky a few weeks ago and turned out to be one of the best films they added in a while in my humble opinion.

Playing in Pakistan and India, it tells the story of the abduction of a bride (Samira, played by Indian actress Radhika Apte) shortly before her imminent wedding and various stages of flight through Amritsar, New Delhi and Goa. Jay, the kidnapper, a British national of South Asian origin, is competently played by Dev Patel.

While not an action movie, the film keeps up the suspense, revealing details of the characters as the story moves on along the roads of Pakistan and India.
Posted by Iself at 22.5.20 No comments: