Not having the atomic pie but selling it

Nuclear power plants are oh so bad
is what German politicians suddenly said
after the Fukushima event in Japan.
But are they bad enough to ban
German exports of such plants
to people in other lands?

Written as the requested short, satirical poem for NaPoWriMo day 23. Some of the rhymes limp, but what’s a little poetic stumble compared to the big tumble of some nuclear power plants?
Posted by Iself at 23.4.11 3 comments:

What he needed from me I have no idea

The places cats won't go. The climbing out onto the banks. The naked man
in the glaring white gap

Hot black dunes in the air—we slept
the chill of closed eyelids,
not April and the magnolias

The trick is to make it personal:
let silence drill its hole,
sleepily indifferent

Collated for NaPoWriMo day 22. The task was to participate in the cento contest organized by Danielle Pafunda (who has been posting her NaPoems over at the Bloof Books website). What’s a cento? It’s a poem composed entirely of lines from other poems.
The above poem is composed entirely of lines tweeted today by Danielle through the twitter feed of the Academy of American Poets.
The authors of the lines I chose are, in the sequence of the appearance of the lines: Anne Carson Nox, Catie Rosemurgy, Medbh McGuckian, Henri Cole, Marina Tsvetaeva, James Schuyler, Khaled Mattawa, Daniel Johnson, William Carlos Williams
Posted by Iself at 22.4.11 4 comments:

Today you will concentrate on your inner life
(rather than celebrating your outer life),

and you will be celebrating the beauty
that lies in the small, cosmic kernel of life

that is inside you. You will once again
feel the power and flow of inner life

into the world surrounding you, as you
go to work on your inner and outer life.

Ghazal written for NaPoWriMo day 21.
Maybe a bit heavy on the inner/outer life stuff and in general, and pale with abstraction, but so be it.
Brought about partially by my daily horoscope, which said, “The day ahead should be a pleasant one, Iself. For the next few days your inner life will interest you more than usual. You may not necessarily become a psychoanalyst, but you will be tempted to seek insight into some of life's more profound motivations. In fact, you become a fervent truth-seeker in all areas of your life. It could be an especially valuable opportunity to learn why you feel so shy and inhibited in public. Perhaps this way you can overcome it.”
Posted by Iself at 21.4.11 8 comments:

“Everything that happens is for the best,”
you said on the way from work last week,
and when I read “I thought of you
with the passion of exile”* this morning
while taking the day's initial piss this
was therefore probably also for the best,
as well as reading my horoscope,
which was asking me if I'd thought
of living in another country, preferably
one where the action is in my field,
instead of going dry in the desert.
Add to that the advertisement for
Catherine Zeta Jones' treatise on a
disorder that is “characterized by
high and low moods” and the
recognition that I also must have
this, except that I used to think
it was fairly normal, it all falls
into place, don't it. Sometimes
I have an inkling that I need to take
life in my own hands instead of
standing by and letting it happen.
But what could I do, about you,
for example, other than exile myself?
“Everything that happens is for
the worst,” it could also be said,
because you can't really tell
the best from the worst, can you,
once it’s happened.

Written for NaPoWriMo day 20 along the lines of “Today’s challenge is to write a poem inspired by something you’ve overheard.”
*I've slightly misquoted this. In The Return of the Soldier by Rebecca West, a novel from 1918 which I've been reading for the last two weeks, it actually says “I thought of him with the passion of exile.”
And the title, where did that come from? From this: 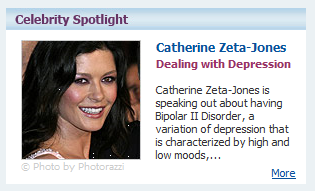 Posted for NaPoWriMo day 19. The task was “Pick a color – something you like, something important to you. Red, yellow, whatever. Now, write a poem that uses the color in every or nearly ever line: a hypnotic invocation of the color.” This made me immediately think of the above poem from way back when.

Profile of my best friend

He goes out,
drinks with his buddies,
but never gets wasted.

He falls in love regularly
with complicated women
who somehow like him
but never enough.

He works because
he needs the money.
Work gives him structure.

Occasionally he even works well
because he takes pride in what he does.

He expects this to go on and on
until death do him part.

A bad dream arisen
from distortion,
not quite the truth,
having been left
with incorrect
impressions not
corrected on
purpose. It took
on surprising
proportions as a
ferocious
animal assaulting
me, like Tipu
Sultan’s tiger
the English soldier.
Such fierceness
my feelings must
have. Perhaps
not for you.
About you –
about you and me,
about being goaded
and lied to.

Written for NaPoWriMo, day 17. Actually, today's task would have been to reduce a passage from Annie Dillard’s The Writing Life, but I could not get into it, try as I might. (I tried 4 versions, calling them Curtain calls / Exercises in elimination and conversion.) But I still had the remnants of a dream to chew on, and they went into the poem above. Last night I found out, more or less by chance, that someone I care about has been dishonest with me, telling me things about herself that are not true, the greatest puzzle being the reason for this dishonesty.

Tippoos's Tiger – a life-size 18th century automaton on display at the Victoria and Albert Museum in London.
Posted by Iself at 17.4.11 6 comments: