So I was on my way to the store close-by,
only to find out, once I got there, that it was closed.
Well hell, I thought, that saved me some money
coz I’s about to buy me some clothes.
That’s what I call a close call
and less wear on the clothesline.

Written upon instigation by BlogFriday – seeking submissions for the word ‘closed.’ This haiku with its syllabic structure of 11 / 13 / 10 / 9 / 7 / 7 is not the only thing that’s a amiss here. Or a close call.

Written in a not so sincere writing mood years ago and kept in drafts. Now it finally gets to see the bright lights of the web. Ooey!

What code could be more secret and elusive than dream? Put on the 'net for napowrimo #12, secret codes.
Posted by Iself at 12.4.10 10 comments:

In October 2009, GeoCities – free host to zillions of web pages – shut down.

Today I discovered that David Feinman ported many, many of those pages to ReoCities, including link fixes, so that cross-links to former GeoCities pages actually work.


A great big cheer to David!
My old site SoHo/bistro/7067 is among the sites that were saved.

However, I'd also prepared for the death of GeoCities by moving the pages to my own domain. And that is, of course, where the pages will be updated and where more will be added.

Click here to go to the new home of SoHo/bistro/7067 – International Forum for Literature and Art
Posted by Iself at 9.2.10 No comments: 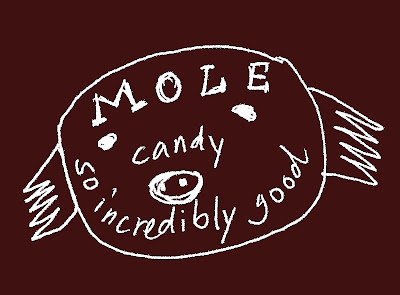 Marketing will focus on the three pillars of strength of the brand philosophy:
Discovered and posted for Photo Hunt 110 / Candy.
Posted by Iself at 18.5.08 3 comments:

Why coffee is good for you 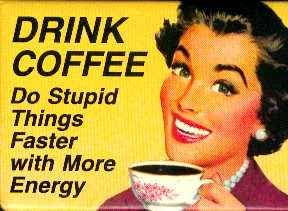 BlogFriday's word of the week is stupid.
The word made me think of this magnet
I've had on my fridge for years.
I still like my coffee as much as ever.
I've done some mighty stupid things
in my life, some with amazing
speed and energy.

I wish I weren’t so ignorant!
Then I would know lots more.

I might possibly be less arrogant,
knowing what and what not to ignore.

Written for BlogFriday, where the weekly word is ignorant.

If the terrain is rough
but you need to get across,
look for a gap in the rock.

This ancient wisdom was retrieved in response to the request for literature with “gap and/or rock” (Two for Tuesdays IX).
Posted by Iself at 21.4.08 4 comments: 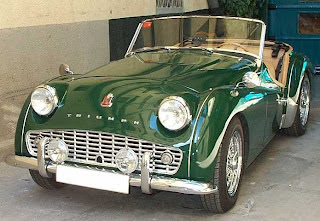 My favorite kind of triumph is
neither military nor literary.
It's British, old-fashioned and
esthetically very pleasing.

Writers Island invited contributions on the topic of triumph.
Posted by Iself at 20.4.08 2 comments:

This land is flat,
my nanny is a rat,
my sister is a gnat,
and you are fat!

Inspired by BlogFriday’s invitation to write on the topic of “flat”.
Posted by Iself at 19.4.08 1 comment: 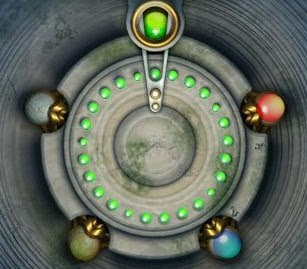 A section of Glyph13
Active bloggers
can deliver even
funner glyphs

again – in not the deepest poetic mood – inspired by a word (active) from BlogFriday, contributing to the world's fake haikus.
Posted by Iself at 9.4.08 No comments:

Lieutenant Shylock Enrique García of the Fuentecarral Police Force was no myrmidon by any means – just a little incapacitated in the conscience department and somewhat frozen in earlier history when the softening-up of suspects was routine preparation to elicit some useful answers.

Written upon inspiration by Raven’s Week 7 Mini Challenge. The words frozen, history, myrmidon, Shylock and incapacitated were to be used.

Thank you, Raven, for getting me acquainted with the word myrmidon.
Posted by Iself at 6.4.08 1 comment:

Our contribution to the meme started by Leonard Blumfeld at World So Wide is an outstanding poetic version of the Rolling Stones song by French rock group Errol Hinston (courtesy of Youtube). The video stars band member Brenda Claude Esserteau featuring eclectic intonation and pronunciation:

So I was on my way to the store close-by,
only to find out, once I got there, that it was closed.
Well hell, I thought, that saved me some money coz I’s about to buy me some clothes.
That’s what I call a close call
and less wear on the clothesline.

Written upon instigation by BlogFriday – seeking submissions for the word ‘closed.’ This haiku with its syllabic structure of 11 / 13 / 19 / 7 / 7 is not the only thing that’s a amiss here. Or a close call.

in a not so sincere writing mood.

These are a few things that happened on February 23s a while ago (courtesy msn encarta):

1870: Mississippi is formally readmitted to the Union.

1934: Casey Stengel, who had previously been the team's coach, becomes the manager of the Brooklyn Dodgers.

Hhmm ... don't see the historical significance of that, but then I've never been that interested in the Brooklyn Dodgers ... or any baseball team for that matter.

1940: The Walt Disney animated motion picture Pinocchio, about a wooden puppet who longs to become human, is released.

Pinocchio, as I noticed last night, also puts in guest appearances in Shrek (2001).

1945: U.S. Marines capture the highest point on the island of Iwo Jima and raise the American flag for the second time that day.

Clint Eastwood's Letters from Iwo Jima (2006) tells the story of the battle from the perspective of Japanese soldiers who fought in it.

1997: Scottish scientists announce what they have kept secret for seven months: that they have cloned adult sheep DNA and produced a healthy sheep who they have named Dolly.

After publishing a poem with gilded lilies, I wanted to find out what exactly the expression means and from whence it came.

Apparently from Shakespeare, who wrote in King John:

SALISBURY:
Therefore, to be possess'd with double pomp,
To guard a title that was rich before,
To gild refined gold, to paint the lily,
To throw a perfume on the violet,
To smooth the ice, or add another hue
Unto the rainbow, or with taper-light
To seek the beauteous eye of heaven to garnish,
Is wasteful and ridiculous excess.

Which means that the expression is actually an incorrect quote. It is the gold that is gilded, while the lily gets painted, both actions denoting superfluous adornment.
Posted by Iself at 14.11.07 No comments:

What shall we do with the sober sailor?
… so early in the morning?

He missed his boat oh no!

He’s been missing a number of boats
Truth be told

To which he is used
At least that 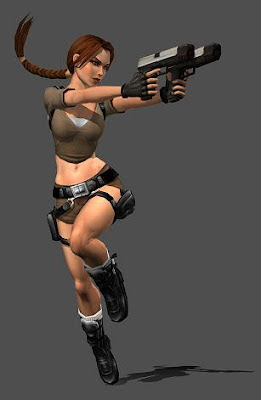